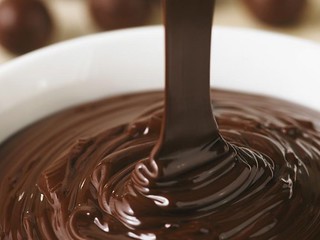 **Due to technical difficulties, I was unable to import evidence from Flickr.com, but instead I just added them in individually.

The editing process for our film is a very important factor. With the editor role, I will need to have a corresponding emotion obtained from the acting and camera clips, along with the edits I make, to complete the overall video. A few Cinematic Storytelling elements I will include, will greatly affect this overall project. One will be #58, a Close-Up (CU). This will increase it’s intensity and drama, which can greatly show the emotion that the character is feeling. With this shot type, the audience will be able to clearly understand the character. Another Cinematic element will be #1, X-Axis (Horizontal). We will have Kristen, an angry character, walk in from the right. This can feel unnatural, causing visual tension, just based upon the shot of her feet. A Tilt-Up (#69), is another Cinematic element that will be used in our project. This can be used to reveal Kristen, once she walks up to Chris. A final element to include, could be #88, Props (Externalizing Character). An idea that we have is to use certain props in the background of the scene. In the beginning, as the relationship between Chris and Kristen is fine, the decor on the wall will be normal. However, as tension increases, and the relationship becomes ruined, the decor will also change, along to the emotions. We may have a solid heart in the beginning, and then change it to a broken one in the end. These elements will be easier to understand while reviewing the storyboard (as shown in the Storyboard Notation section).

With collaboration from the cinematographer, I was able to obtain multiple test shots. While we were on location, we tried using different lenses with different focal lengths, looking at the angle we wanted to position the camera, as well as the blocking of characters – with respect to the setting.

We tried two lenses (as pictured below), a 18-55mm and a 52mm. After looking through each lens, we decided that the 18-55mm would be best to film with. We liked how the 18-55 could focus in on what we needed it to, but not have such a shallow depth-of-field that the 50mm involved.

More evidence that relates to our test shots, is the settings we will have to use. With the school, we want each camera location to look consistent. To avoid odd lighting, and confusion with the rest of the story, we will avoid including the window in any shots. It would be hard to make the lighting and look of those shots work with the others we will take.

I had multiple discussions with the Cinematographer to have a clear understanding of the video we wanted to execute. Included in our storyboard (that’s pasted below in the “Storyboard Notation” section), we wrote the shot types we decided to use. Although we may make changes on the spot, during production, it is good to have a basic idea of what we will involve.

Our original storyboard is shown below:

One influence for the video our group created, was David Fincher. Fincher has a large amount of experience, and is well known in the film making industry. Some movies he has worked, were Gone Girl, and Fight Club. He is known for having the camera move along with the characters, to connect the audience and the story that is taking place. For our video, we are going to try to use that method in a few places. Below, is a video that represents the technique David Fincher uses.

An initial version of the storyboard, is included in the link below. This is a step-by-step, or box-by-box, process to show the original idea of how the video should go. As an editor, I need to make sure that the storyboard flows nicely, and that the editing that will occur will follow or support the emotions or ideas that are trying to be conveyed.

After discussing the video with my team, I made a few adjustments and took a few notes with what these changes will affect. Below, the additions are shown, in a revised storyboard:

The editing program that we will be using, is Premiere Pro CC. Below are the notes that I took while watching 2 editing tutorials. I can use these tips and controls, to make my work flow quicker, and to allow the editing process to be completed sooner. These notes are also included in a different blog post I completed previously.

What I Learned and Problems I Solved

After working with my team to complete pre-production, I learned many things. Now, I understand more of an importance for editing, and how it effects the video as a whole. With the research and situations I encountered, I was able to gain more information that refers to editing. One problem that my group encountered, was that we were unable to use very much equiptment during pre-production. To solve this issue, we will have to use the materials on a different day, or obtain more information prior to production.